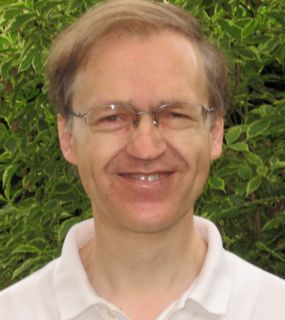 « I would like just to say some words about our colleague Hans-Otto Georgii, who passed away two days ago. He was 72 years old and his death was quite unexpected. He was formerly professor at Ludwig-Maximilians university in Munich, and had been retired for 7 years. I had the chance to collaborate with him a couple of years ago, and it is an honour to share with you some personal and scientific recollections of him.

He was a brilliant mathematician who played an important role in the rigorous development of statistical mechanics, especially in the domain of Gibbs measures, Gibbs point processes, phase transition and the large deviation principle for random fields. We wrote two papers together, one of which was in collaboration with Remy Drouilhet. Hans-Otto’s knowledge of statistical physics was huge, and he was for me, even quite recently, the person I would consult about the scientific literature. I had to wait at most one or two days to receive detailed answers to my emails.

His capacity for hard work was impressive in spite of his years. When we were at the heart of the project, I received plenty of emails with ideas, attempts, drafts and mistakes as well. But in general, the ideas were brilliant. When it was the time to write the mathematics, he was precise, rigorous, clever in the notation, proofs and explanations. I learnt so much close to him.

He was not a career-oriented person. He did not like to highlight himself. He was just passionate about beautiful mathematics and he did it. The “publication process” was not for him a race or an optimization process. He took the time… One day he confided me that none of his papers had been rejected. Given the level of the journals where he published, we can guess the quality of the publications.

He was not only a brilliant mathematician. His personality and attitude were admirable. He was shy, reserved, respectful, generous and very kind. The relationship and collaborations were easy with him. I do not forget when he came during the winter for my habilitation from Munich to Valenciennes in the north of France. I do not know so much on his family life; except for the fact he has seven children and he was generous and available for his family.

I shared with you some reasons for which Hans-Otto was my model. I felt myself more confident when he was with us…